“A free society cannot allow social media giants to silence the voices of the people.”

In an implacable and determined speech before the UN Tuesday, President Trump vowed to protect Americans’ free speech in the face of ‘assaults’ by social media companies.

“We must always be skeptical of those who want conformity and control,” said the President.

“Even in free nations, we see alarming signs and new challenges to liberty.”

“A small number of social media platforms are acquiring immense power, over what we can see and over what we are allowed to say,” he continued.

“A permanent political class is openly disdainful, dismissive and defiant of the will of the people.

A faceless bureaucracy operates in secret and weakens democratic rule.

“In the United States, my administration has made clear to social media companies that we will uphold the right of free speech.” the President vowed.

“A free society cannot allow social media giants to silence the voices of the people.

"And a free people must never, ever, be enlisted in the cause of silencing, coercing, canceling or blacklisting their own neighbors.” Trump urged, referencing the current trend of ‘cancel culture’. 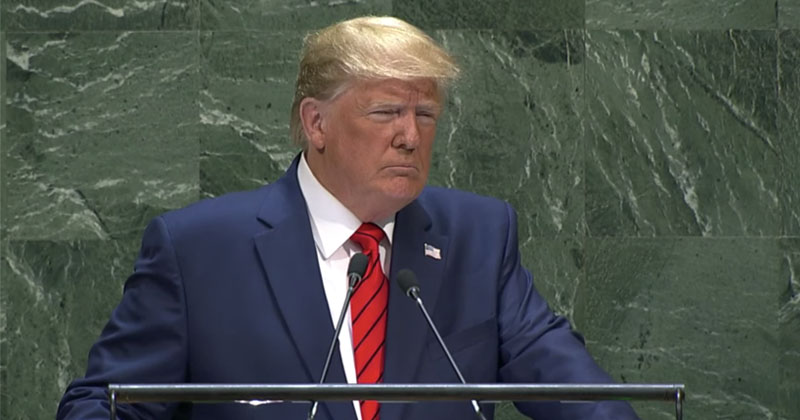